It takes a lot to get me off my bike voluntarily during a ride (voluntarily--I suffered more pinch flats during the trip than anyone should ever have to deal with), but the wildflowers in Sun Valley and Grand Targhee were too extraordinary to not pause and savor. 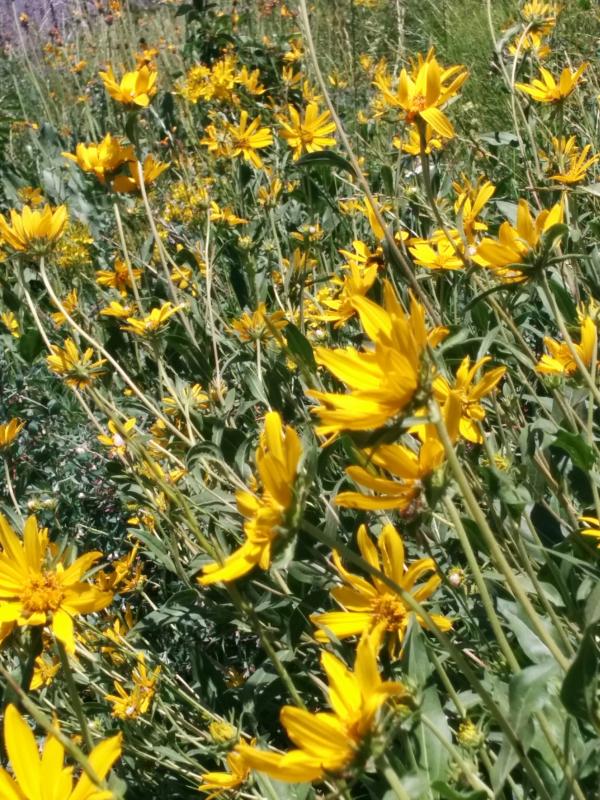 In my regular life I almost never carry my smartphone on rides--part of the pleasure I get from mountain biking comes from disconnecting for a few hours from our ever-connected world--but I made exceptions on this trip. A smartphone doubles as a thin and lightweight camera that easily fits into a Camelbak (even one otherwise full of bike gear), and I envisioned wanting to share experiences via photographs with the folks back home.
That choice brings up some interesting questions, though, that I want to acknowledge without really trying to answer today. Does carrying the smartphone (or even just a lightweight camera) distract from the immediacy and hence the value of the experience? That is, does the mere knowledge of carrying a camera mean that the focus moves away from the experience itself into either some kind of grasping ("Memory isn't enough"), or to some temporal-spatial Other Place because my concern about sharing the experience overwhelms actually experiencing it?

For today, I'll say simply that those questions are something I've struggled with and continue to struggle with. However, there's this too: it's several weeks since the trip ended and it's obvious that a piece in which I just say, "The wildflowers were extraordinary," isn't going to be of much interest to anyone. I lack the vocabulary and knowledge to say much more about wildflowers than that they're pretty. Hence I'm glad I have the photos. 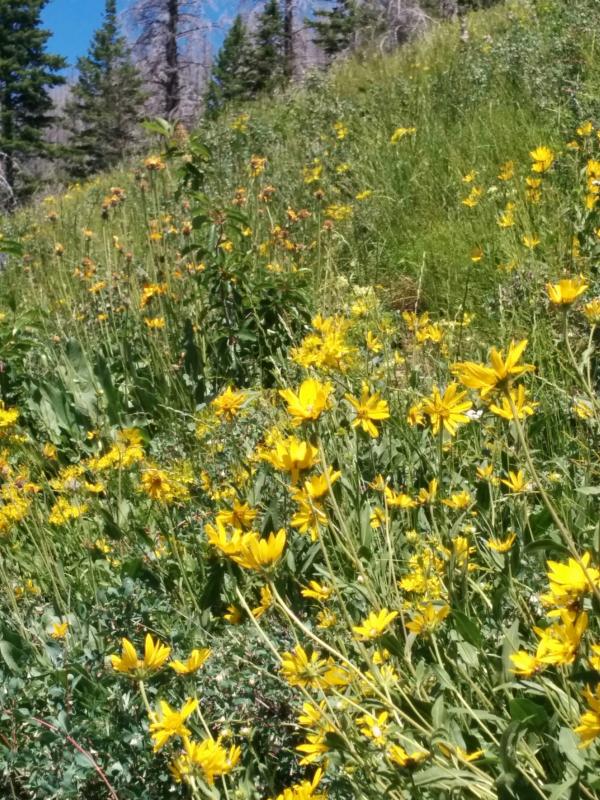 One last thought: I have no training as a photographer, so I have no idea how to capture the majesty of a hillside awash in color through a camera lens, much less the rather limited capabilities of the camera on my smartphone. I did the best I could. The photos remind me of the beauty I saw, but I don't know if they are able to evoke that beauty in someone else's eye. Which is another interesting point about stopping to take pictures, isn't it?